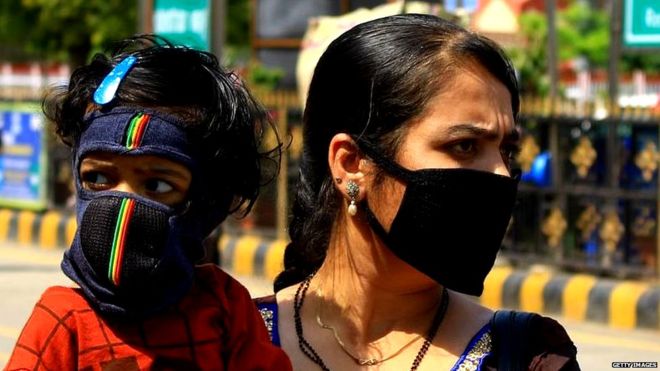 Mohar Singh Meena For BBC Hindi, from Bhilwara (Rajasthan) So far 45 cases of corona virus have been reported in Rajasthan, out of which 21 corona positive cases are from Bhilwara district alone.

In view of Bhilwara’s sensitivity, the Health Department has surveyed 332 medical teams to 5 lakh members of one lakh houses in the city and 19 lakh rural people through 1948 teams.

Rajasthan medical minister Raghu Sharma has released the video saying that corona positive cases have increased in the last three-four days. Out of nearly 28 lakh people of Bhilwara, 24 lakh people have been screened.

” New cases have also been reported from Bhilwara, Jaipur, Jhunjhunu and Jodhpur on Thursday. The total number of corona positive cases in the state has now increased to 45.

Concerns of the government have increased due to the receipt of 21 positive cases in Bhilwara alone. On Thursday, five cases were reported from Rajasthan, out of which two are from Bhilwara. 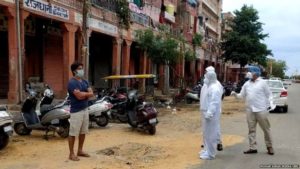 Bhilwara remains ‘Italy of Rajasthan’ at this time. There are the most cases here and their number is increasing continuously. Despite this, for two days, there has not been any talk on the local situation between Rajasthan medical minister Raghu Sharma and Bhilwara MLA Vitthal Shankar Awasthi.

Vitthal Shankar Awasthi says that he had talked to the medical minister two days ago, but after that he did not talk. However, he also said that he is in constant touch with the local administration.

Lokesh, a resident of RK Colony of Bhilwara, told that the medical team came to his house two days ago to conduct the survey. About the family members of the team. Took many information including getting sick, traveling abroad, or getting treatment in Bangar Hospital.

Bhilwara Collector Rajendra Bhatt told the BBC that so far the medical team has surveyed 5 lakh 33 thousand persons in one lakh seven thousand homes and the survey of 19 lakh people in rural areas will be completed by Thursday. A survey of 28 lakh 50 thousand population of the district is to be done.

After the survey is completed, the survey will be conducted again which will continue continuously till the corona chain breaks. Bhatt said that corona symptoms or suspicious individuals appearing in the survey are being isolated and kept under medical supervision.

CM Nitish Kumar said – sending people by buses is wrong, in such a situation the lockdown will fail

Bihar Chief Minister Nitish Kumar has said that it is not... read more