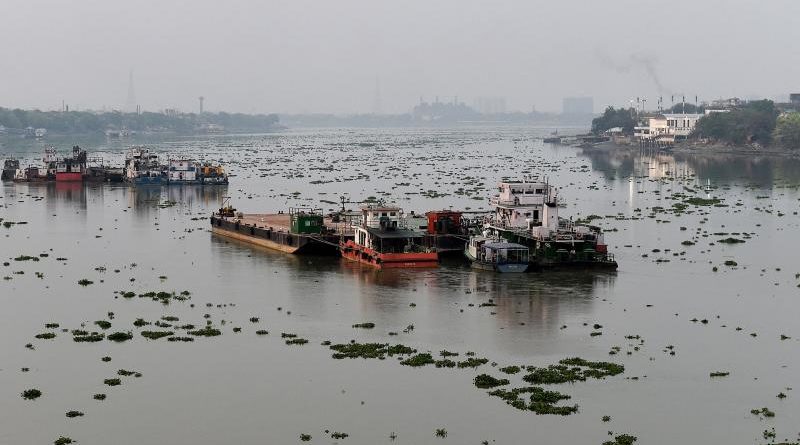 Due to the implementation of nationwide lockdown in the wake of coronavirus infection, people in the state are breathing pure air. The water of the Ganges is again becoming clear.

According to the claim, Ganga water has seen an improvement of 35 to 40 percent. Due to the closure of factories, the contaminated water in the Ganges is absent, making the water look clean.

Pollution of most industries is discharge into the Ganges, due to the closure of factories, it is unable to reach, due to this the Ganga has also be clean. ” He said, “Industries account for 10% of the total pollution in the Ganges. The industry is close due to the lockdown, so the situation has improved. It is volume wise. Its strength is 30 percent. It is more effective. It comes from the BOD (Biological Oxygen Demand) load industry. The rest comes from elsewhere. However, the sewage has not stopped yet.

Mishra said that activities on the banks of the ghats are closed, such as burning of bodies, sailing or other activity.

Due to this also 5 percent dirt has reduced. At the same time, sewage has not been controlled. During this time, there are indications of the Ganga being very clean. The dissolved oxygen has increased from 5 to 6 per liter of MG to 8-9. Each parameter has a 35 to 40 percent impact during lockdown. Due to this, Ganga is looking clean. He said that after the monsoon on March 15-16, the water level of Ganga has also increased. He said, “If we look before and after the lockdown, there will be a lot of change.”

In Kanpur, Ram Ji Tripathi, president of Maa Ganga Pollution-free Campaign Committee India, said, “There has been little change due to the closure of the industry business in the lockdown. Factory wastes are not falling into it but sewer water is still going. About 200 MLD of water is going into the Ganges. Some parts of this view clearly. Ganga is automatically clean by continuous flow. If there was a ban on sewer water, Ganga water would have been completely clean.

” Ramesh of Kanpur said that factories are also closed due to the lockdown, due to this, the water of the Ganges is very clear. Much improvement is see in industrial areas, where large scale waste was dump in the river.

He said that the water around Kanpur in the Ganges has become extremely clear. However, the filth of domestic sewerage is still going into the river itself. But industrial waste has stopped falling. That is why water quality has improved.

It is worth mentioning that according to the latest report of the Central Pollution Control Board, in real time water monitoring, the water of the Ganges river has been found suitable for bathing in 27 out of 36 monitoring centers. Significant improvement in Ganga water observe at various places including Uttarakhand, Uttar Pradesh.