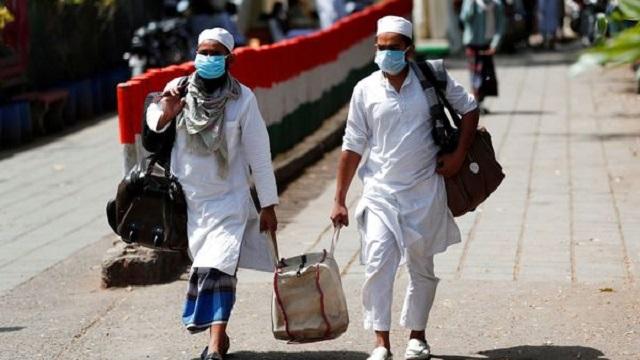 Telangana Health Minister Etala Rajendra said that around 1,200 people from Telangana had attended the Markaz Sabha of Nizamuddin in Delhi, some of them found to be infected with Corona, of which six died. In the last three days, those who went to Delhi for Markaz were found infected with the Corona virus.

The number of people extracted from Nizamuddin Markaz, corona virus positive people who have spread the virus has increased to 93. Due to this, there has been a big increase in the number of cases in India and 146 new cases were reported across the country as per the data released by the Union Health Ministry on Tuesday. This brings the total number of COVID-19 positive cases in India to 1,397, including 1,238 active cases and 35 deaths while 124 persons are cured. In Delhi, the total number of cases reached 120 on Tuesday, with 23 new cases reported in the last 24 hours.

Apart from India, the corona virus is causing havoc all over the world. The outbreak of the corona virus (Kovid 19), which has spread to most of the world (so far 185) countries, is not taking its name and 41355 people have died across the world so far from this dangerous virus, while about 838445 people have died. Are infected. Corona virus infection is also spreading in India and after more than hundred new cases of corona virus have been reported in the country, the number of infected people has increased to 1397 while the death toll of three more patients is 35. has gone. The Health Ministry said on Tuesday that 1397 cases of corona have been confirmed in the country.