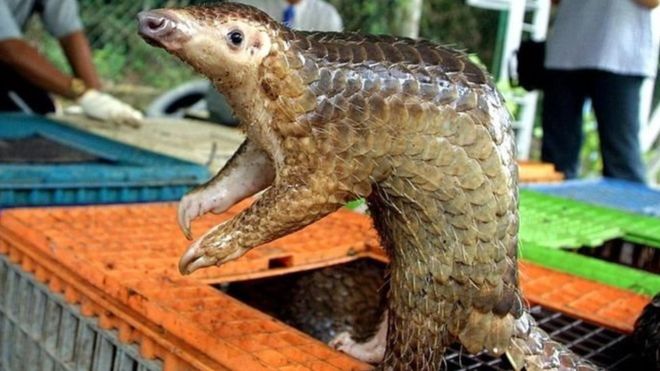 Pangolin smuggled into China has been confirmed to have such viruses which correspond to the corona virus that is wreaking havoc all over the world.

An international team says that if such infections are to be avoided in the future, the sale of animals in wild animal markets should be completely banned.

Pangolin is a mammal that is most commonly trafficked for use in food and traditional medicines.

In a new research paper published in the journal Nature, researchers have stated that their genetic data shows that ‘extra care should be taken about these animals and their sale in markets should be strictly prohibited’.

According to the researchers, additional monitoring of pangolins found in the jungles of China and Southeast Asia needs to be monitored to understand their role in the emergence of corona virus and the risk of their infection in humans in the future To go

It is believed that this ant-eating mammal is the most trafficked in the world and due to this it is also on the verge of extinction.

The skin of this creature remains in great demand in making traditional Chinese medicines in Asia. Some people consider pangolin meat as delicious.