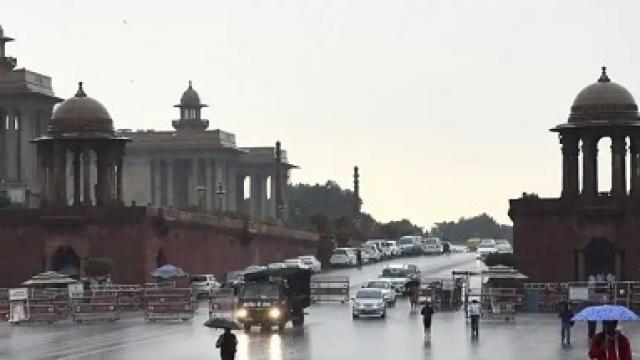 The lockdown caused by the corona havoc may have kept people’s lives imprisoned for 21 days in their homes, but the effect of this has been seen on the weather. After the announcement of the lockdown, the sky of Delhi-NCR is clearly visible and air pollution has come down. The sun shone in the clear blue sky on Saturday morning in the Delhi-NCR area. The data is also confirmed. Due to intermittent rains for two days, the temperature dropped on Saturday.

Delhi and its surrounding areas recorded the lowest level of PM10 (micro particles in the air) since August 18 last year. The PM10 level in Delhi-NCR at 10 am was recorded at 32.7 micrograms per cubic meter, which is the lowest since the minimum recorded at 15.9 micrograms per cubic meter on August 18 last year. The city air quality index stood at 40, which falls in the category of ‘good’.

Environmental and meteorologists attributed the improvement in air quality to the strong winds caused by the lockdown, rain and western disturbances implemented for 21 days in view of the prevention of the spread of the corona virus. He said the air quality index is expected to be in the category of ‘good’ and ‘satisfactory’ due to vehicular pollution and prohibition of construction works due to the lockdown. Such local sources of pollution will see the effect of reduction.

Delhi recorded a minimum temperature of 15.7 degrees Celsius on Saturday. The national capital has recorded the highest ever rainfall of 109.6 mm during March. In Delhi, Gurugram, Faridabad, Noida and Ghaziabad, when the peak hour of traffic used to occur in the morning and evening, the weather and air quality became very bad, now it is not seen.

The outbreak of the Corona virus could lead to Pakistan's already... read more