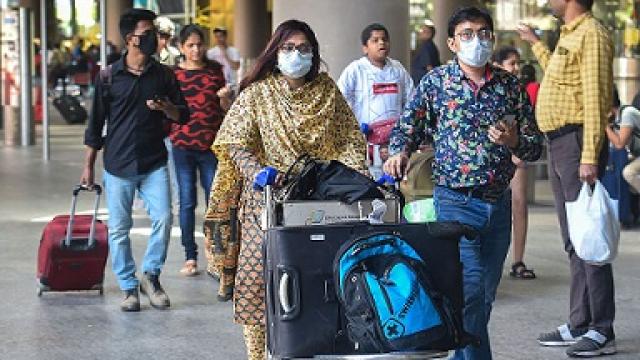 A couple and another woman, a couple suspected to have been quarantined home under the supervision of Faridabad Health Department, disappeared from their hideouts. During the police investigation, his disappearance was detected. The police have registered a case against these three and started searching for them.

According to the information, a 33-year-old woman, who came from Germany some time ago, was placed under home quarantine under the supervision of the Health Department, but she moved from Faridabad to her home town Jalandhar without investigation. This was revealed when police arrived at their hideout.

Similarly, a couple came from Turkey, they were also kept under the supervision of Health Department, but both of them also disappeared from here on 19 March. Police on the phone found that the women Jalandhar and the couple had reached their home town.

Faridabad Police ASI and investigating officer Naresh Kumar said that a case has been registered against these three and the police of the concerned states have been informed.

The situation in Haryana, which is fighting the war against Corona, is still under control. There has been no increase in the number of corona virus patients in Gurugram district for the fourth consecutive day. The number of COVID-19 infected patients has reached 19 in the state. At the same time, 10 corona patients have been confirmed so far in Gurugram.

How many corona patients in which district of Haryana

CM Nitish Kumar said – sending people by buses is wrong, in such a situation the lockdown will fail

Bihar Chief Minister Nitish Kumar has said that it is not... read more