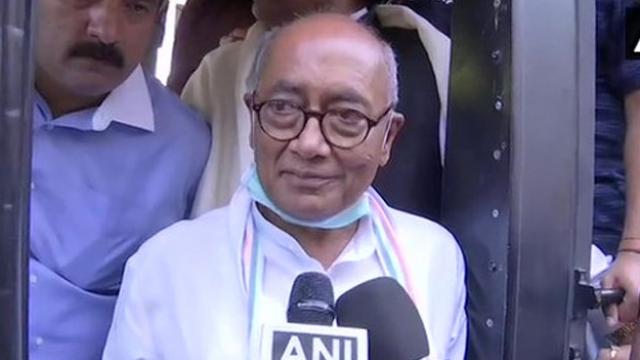 Congress President Sonia Gandhi and Congress MP Rahul Gandhi have praised the central government’s arrangements to deal with Corona and have written letters to PM Narendra Modi in this regard. At the same time, senior Congress leader and former Madhya Pradesh Chief Minister Digvijay Singh has questioned the security and health arrangements made in the country and the state to deal with coronavirus.

Digvijay Singh tweeted on Friday that the arrangements made by PPE masks and gloves to protect doctors and medical staff from coronaviruses across the country did not happen. There is also no testing kit. Only AIIMS has a testing kit in Bhopal, it can also do only 30 to 40 tests in a day.
In a tweet, he noted the control found on the virus in Korea and Singapore, saying that Korea and Singapore controlled coronaviruses most effectively. How that, effectively timed lockdown, effectively segregated the area in which the patient was found, and the enormous amount of testing kits placed in cities and arranging laboratories.

The former Chief Minister, while referring to the lack of attention by the government despite the warnings by Congress leader Rahul Gandhi on the corona threats in February, said that while China, Korea, Singapore were doing all this, Rahul Gandhi has been fighting this threat since February. Modi was warning, but the BJP was busy with its political agenda. At least now the entire medical staff should provide rescue resources and testing kits in maximum quantity.

Urging that necessary efforts should be made in this direction in Madhya Pradesh, Singh said, “I have requested the MP government to take orders to purchase the test machine at the earliest and at the earliest.”

Big move among Corona havoc, now dog meat will not be... read more