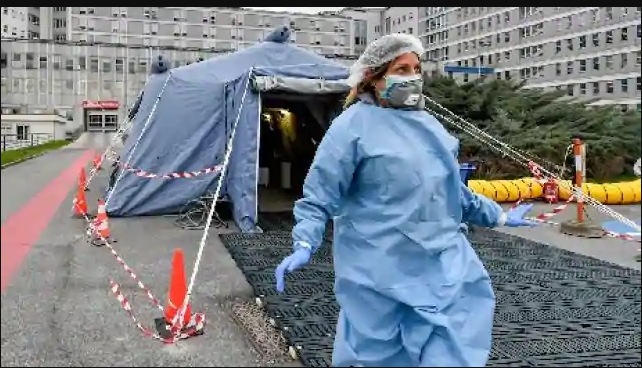 The Corona outcry did not stop, the number of patients across the world crossed 1.5 million, 88 thousand deaths, know where and how many cases

The number of patients infected with the dreaded corona virus causing worldwide devastation has crossed 1.5 million. The global outbreak of the corona virus (Covid-19) is not taking its name to a halt and now the corona infection, which has spread to around 205 countries of the world, has so far killed 88500 people and more than 1.5 million ( A total of 1518783) people have been infected. However, so far more than three and a quarter lakh people worldwide have been cured of this virus.

Corona virus infection is spreading rapidly in India too and according to the data released by the Health Ministry on Thursday morning, 5734 people have been infected so far in 31 states and union territories of the country, while 166 people died. Has been done. So far, 473 people have completely recovered from its infection.

At the same time, a total of about 2000 people have died due to this disease in the US in the last 24 hours. If we take the figure of Wednesday’s deaths, then in the last two days, about 4 thousand people have died due to corona virus in America. The epidemic has taken a severe form in the US, considered to be the world’s superpower, where nearly four and a half million people have fallen prey to it, and after the death of nearly two thousand people during the last 24 hours, the figure of the dead at 12844 Has arrived.

America now behind only Italy

The US has overtaken the European country Spain in terms of deaths from the Corona virus and is now behind only Italy. So far, a total of 4,24,945 people have been infected with this disease in the US, which is the highest compared to any other country in the world. According to the data, 23,292 people have been cured in the US so far.

The epidemic in Italy, the most severely affected European country of Corona, has caused the highest number of 17669 deaths and 139442 people have been infected so far. Italy has the highest number of deaths worldwide due to this infection. So far 81865 people have been infected and 3335 have died in China, the center of this global epidemic. According to a report prepared about this virus, 80 percent of the deaths in China were from people over 60 years of age.

Spain is second after America

Spain ranks second after the US in the list of countries most affected by this infection. So far 148220 people have fallen prey to it and 14792 people have died due to its outbreak. Spain ranks third behind Italy and America in terms of death.

Where how many cases