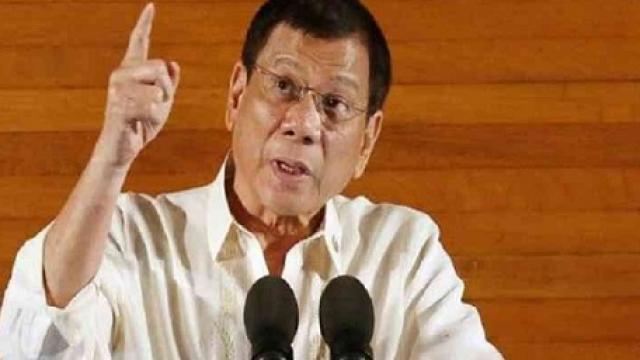 A third of the world is under lockdown due to the corona virus. There is also a lockdown in the Philippines. In such a situation, the President of the Philippines, Rodrigo Duterte, has given a stern warning to those who violate the lockdown. He said that those who do this should be shot as they are becoming a problem for the medical staff working day and night and this is a serious crime. Duterte said in a public address on a TV channel that it was important that everyone cooperate, as officials are engaged in slowing the infection and improving the fragile health condition of the country. In the Philippines, 96 people have died due to the corono virus and 2,311 cases have been confirmed. But there have been only three cases in the last three weeks.

So once again I am telling you about the seriousness of the problem and you need to hear it. My command to the police and army is that if there is any problem and you do not agree, your life is in danger, then shoot them. ”
Got it you will be shot.

Talking about corona in India, due to Nizamuddin Tablighi Jamaat Markaz of Delhi, there has been a big jump in cases of corona virus. The number of corona virus infections in the country has crossed 2 thousand. Of these, 358 cases are related to Markaz. Not only this, there is a risk of infection in about 8 thousand people associated with Markaz. The frightening thing is that these people have spread to different corners of the country. According to the data released by 25 states and union territories, 8,500 people who are associated with Markaz have been identified. In addition, 2,346 people have been evacuated from Markaz building in Delhi. Of these, 531 people have been admitted to hospitals due to symptoms of corona virus, while others have been quarantined.