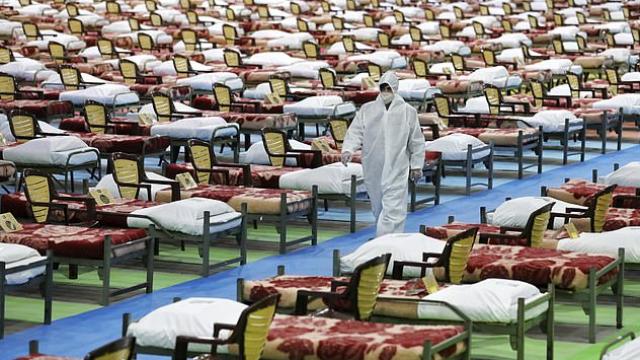 The corona virus spread from China has caused such devastation in around 200 countries of the world that the death toll has crossed 20 thousand. Rumors are also circulating on social media about the Corona virus epidemic. Even in Iran, a rumor about the Corona virus killed about 300 people. In fact, a rumor arose in Iran that drinking methanol could cure people from the corona virus-caused pandemic Kovid-19, just by taking so many people that 300 people died and 1000 people fell ill. .

The news website Daily Mail quoted Iranian media as saying that 300 people died due to the consumption of methanol in the entire Islamic Republic and now 1000 people have been sick by 8. Explain that drinking alcohol is banned in Iran and methanol is a narcotic. The news of deaths from the drug substance methanol came at a time when Tehran announced 144 new death cases on Friday. So far 2378 people have died in Iran with the Corona virus and the number of people infected with this virus has increased to 32300 with 2926 new cases.

Also read :How is the first photo of Corona virus of India and China, see

Actually, this rumor of escape from Corona Voice spread on social media in Iran quite quickly. Due to little knowledge about it, people consumed methanol without checking the facts. Dr. Knott Erik, who studies on methanol poisoning in Oslo, said that the virus is spreading in Iran and people are dying faster than it is and I think they know even less about the fact that there are other dangers around Huh. He feared that the corona outbreak in Iran could be worse.

In fact, a false rumor spread on Iranian social media accounts, stating that a British school teacher and others saved themselves from corona wearas by consuming whiskey and honey. After this, the rumor started spreading in different contexts quite quickly. Some people also believe that drinking excessive amounts of alcohol can kill the corona virus in their body. Explain that methanol has neither an odor nor a test. There is a risk of damage to the body part and brain. People can also go into coma by taking it.

‘Drinking alcohol can cure corona’, the rumor is still spreading among people and if people continue to consume it in the same way then many people will be victims of this poison. Let us know that till now the cure of this deadly corona virus pandemic Kovid-19 has not been found and it is creating a furore all over the world. That is why about one-third of the world’s population is imprisoned in homes to avoid the outbreak. Scientists and doctors are constantly trying to make this vaccine.

Big move among Corona havoc, now dog meat will not be... read more